Fiona Frightening and the Wicked Wardrobe 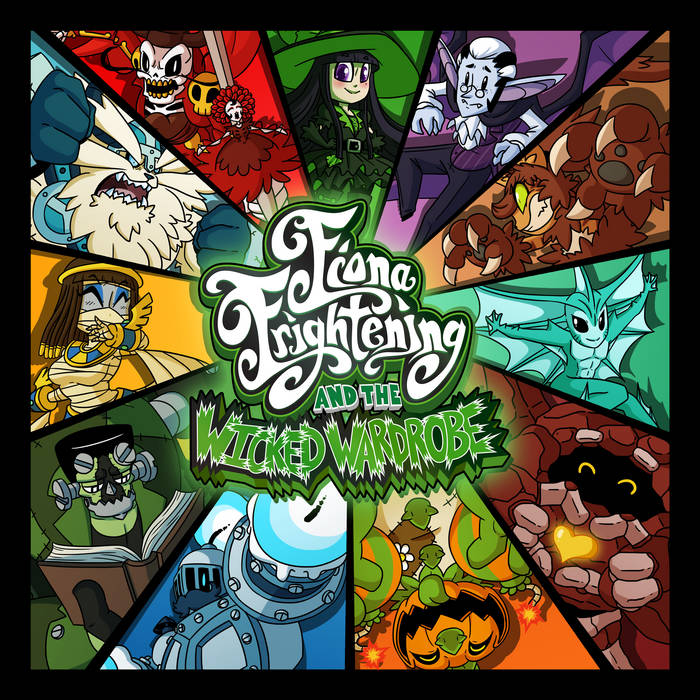 LordZaghrem The lyrics and the music is amazing! Very much worth the two dollars it costs! I can't wait for the game to come out. I will be getting it for sure. Favorite track: Fiona Frightening and the Wicked Wardrobe.

This is the title theme for the upcoming action-platformer 'Fiona Frightening and the Wicked Wardrobe,' which features the titular Fiona Frightening journeying through the various worlds within Wickedopolis after a grand curse is invoked by The Boogieman. In her adventure, Fiona will encounter the various Creeps, who aid her by granting magical dresses for her Wicked Wardrobe.

This theme is meant to convey not only the general spooky nature of the game's world, but introduce the listener to the plot and cast, all wrapped up in a whimsical orchestral package, and featuring singing by Steven Kelly - www.youtube.com/user/StevenMKelly

The writing for this work was a collaboration between Michael 'Skitch' Schiciano (Music, Mixing, Mastering), and Alex Tansley (Lyrics), who both hope that you enjoy this music as much as they enjoyed writing it.

Special Thanks to the Fans, the Followers, and, of course, the Creeps:
Anthony Sardinha as Draphael, Ellie Monty as Whiskers, Patrick Seymour as Laguna, Scott Frerichs as Golemmy, Kyle Land as Jack-o-Laugh, Lewis Lovehaug as Sir Waxworth, Curtis Arnott as Francis, Corrine Sudberg as Mumma, Chase McCaskill as Isen, Edwyn Tiong as Los Lobones, Alex Rochon as The Boogieman...

...and Heidi Tabing as Fiona

Bandcamp Daily  your guide to the world of Bandcamp

Serena Cherry debuts her black metal project, plus a Pick from the Crypt block from Svalbard